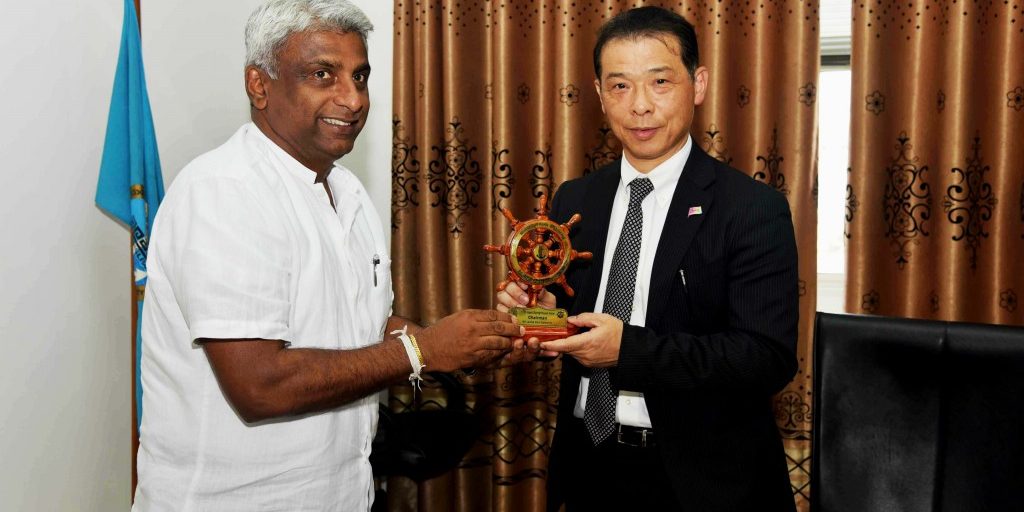 Sri Lanka Ports Authority (SLPA) will host the General Assembly and Symposium of the International Network of Affiliated Ports (INAP) – 2017 that will be held on the 30th and 31st August 2017 at Taj Samudra Hotel, Colombo.

The first round of discussions on the symposium was held on the 24th of April 2017 at Sri Lanka Ports Authority (SLPA) with the initiative of the Chairman of Sri Lanka Ports Authority (SLPA) Mr.Dammika Ranatunge. A group of representatives from the INAP Secretariat at the Kochi Port in Japan attended the discussions. Managing Director of SLPA Mr.H.D.A.S.Premachandra, Additional Managing Director of SLPA Mr.Janaka Kurukulasuriya, Chief Manager (Marketing and Business Development & Communication and Public Relations) of the SLPA Mr.Upul Jayatissa and the Foreign Training Coordinating Officer Mr.S.D.Weerasinghe also attended discussions.

Member Ports including the Port of Colombo Sri Lanka, Port of Dangjin and Port of Mokpo in South Korea, Port of Kochi in Japan, Port of Tanjung Perek in Indonesia, Port of Subic Bay, Port of Cebu and Port of Davao in Philippines and Port of Qingdao in China are expected to participate in the INAP – 2017 General Assembly and Symposium in August.

Chairman of Sri Lanka Ports Authority (SLPA) will receive the Chairmanship of INAP 2017, Sri Lanka being the host country for the symposium this year.
(SLPA – 25042017)